Big Screen Incredible Smartphones-Man is proud of his civilization now, the Jet Age has sped up man’s reputation in the universe in such jet speed that the peacock no longer has its pride. Science and technology is one thing that has made us forgive Adam for our deportation from Eden, even if we can’t live for ever, our name can in history as so far great men of science have embalmed their names in time with their technological feats for frankincense. Man hasconquered the earth from the laboratory; we have repaired our mortality from our industrial workshops. The birds would never forgive the Lander brothers, as the dove is no longer gentle seeing us flying through the skies with nowing nor beak. We are living in an easier computerized world- our small digital paradise!

Man has so far given himself a sense of omnipresence, the world has been sewn smaller into a small global village as I can whisper to someone in the Mumbai from Toronto- through my handset. Telling someone in 1800 oftelecommunication may you end up in the aerial gymnastics of swinging luxuriously with a rope about your neck for blasphemy; as this feat was supposedly something reserved only for the heavens? .Now with smartphones our world is technologically smarter than it could even have been if Eve was stingy with her apple. 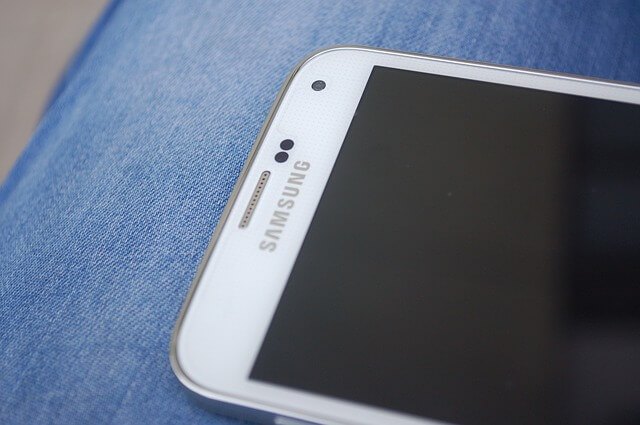 Smartphones are a gasping reality. That one could have a hand fit mobile and advanced computer (which allows you to run several operations at a time) is something the Pope might choose next to his rosary. The windows phone has opened the windows of heaven on us, how about the iPhone, android, Symbian and Blackberry? They are all blessings to us- surely the Israelite’s could have preferred them to manna in the desert. One beauty of a smartphone is the obedience of its screen, responding to every of your touch like a sensual lover.

This is why these days, smartphones manufactures are putting emphasis on the screen size of their devices as they know the sense of royalty that proceeds from instructing your phone from screen gestures- with your device worshiping you in a digital submission that holy angels envy. The average size of a smartphone screen is between 4.5-3.5 inches. However they are some big screen smartphones that even spirits wouldn’t mind having. They are such an incredible technological sensation. Among them are the Samsung Galaxy Note, Samsung Galaxy Nexus, the Motorola Droid RAZR and Droid Bionic, the Apple iPhone 4S, HTC Vivid and the captivating Nokia Lumina 800.These big screen smartphones are better to watch online TV services like sky contact number.

The Samsung Galaxy Note is a smartphone that smartens up its users in satisfaction. It is acclaimed the world’s largest screen smartphone. It is technological crop of tablet and smartphone features with an incredible 5.3 inches display! This outfit has a LED with an 8 megapixel autofocus. The phone operates on the Samsung S pen interface supported by the Android 2.3 Gingerbread. The device is endowed with a 1.4GHz dual-core ARM Cortex-A9 processor, an Exynos I GB RAM chipset with an amazing 1280-by-800-pixel resolution as well as an unbeatable pixel density of 285ppi. Soon it is expected to be upgraded to the Android 4.0 Ice cream of the Google Inc. Surely the world will note you if you can beat this Galaxy Note!

This truly a sensation when in your hands raises your shoulder that you wouldn’t mind patting a nun in unholy spots-all in a sense of fulfilment! This device has 4.7 inch screen size. Its 1.5 GHz Scorpion processor, Qualcomm MSM8255 chipset is a technological beauty King Solomon wouldn’t mind being a monk just to get. Its 8-megapixel rear-facing dual-LED flash camera adorned with a 720p video capture as well as a generous 1.3-megapixel front-facing camera for video calls can make a cripple jump for joy. Its 16 GB internal memory stays in your memory for long. It comes along a 132.5 x 70.7 x 9.9 mm dimension weighing 162.5 grams. Boasting a 4.7-inch S-LCD Gorilla glass touch screen and qHD 800 x 480 pixels resolution of about a pixel density of 199ppi, it is an arousing damsel you could exchange your lover for! In addition to a standard Li-ion 1600 mAh battery which is functional for 6.5hrs on a 3G network service and about 11.5 on 2G, it has a standby time running up to 360hrs. Take this to Mars, and expect all of them to come out from their hiding in amazement!

Lastly is the Motorola Droid RAZR. It is applauded as the world’s thinnest smartphone- yet it leaves the cheeks of its user’s fat with costly smiles. This smartphone is glaring with a 1.2 GHz dual-core Cortex-A9 CPU, TI OMAP 4430 chipset and a dazzling 4.3-inch Super AMOLED display that has qHD resolution on top of a pixel density of 256ppi. It shares web features with the Droid Bionic, Photon as well as the Atrix, a PowerVR SGX540 GPU, and a deafening TI OMAP 4430 chipset! It has a 8-megapixel auto focus LED flash rear-facing camera accompanying a 1080p video capture coupled with a 1.3-megapixel front-facing secondary camera preferably for video chat. Its lovely internal memory of 16GB, 16GB micro SD external card pre-installed which is also upgradeable to 32GB is a delicious technology. Its Gorilla Glass display, accelerometer sensor used in UI auto-rotate, auto turn off by proximity sensor are features defying features that even the blind see and appreciate. It size is of a 130.7 x 68.9 x 7.0 mm dimension; it weighs 127g. More is its standard Li-Ion 1780 mAh battery. It is gotten with 1GB RAM and 16GB ROM parcels! This is a philanthropically smart (generous) smartphone. If you need the Pope’s prayers if this doesn’t amaze you.

Interesting facts about the Building Blocks of Life

Cope with a bad 3G signal

How to transfer your Google contacts to iCloud